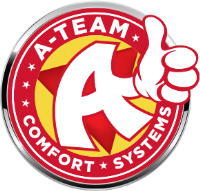 Use lighting controls to automatically turn lights on and off as needed, and save energy. Of course, you can save energy by turning off lights when they're not needed, but sometimes we forget or don't notice that we've left them on.

The most common types of lighting controls include:

Before purchasing and using any lighting controls, it's a good idea to understand basic lighting terms and principles. Also, it helps to explore your indoor and outdoor lighting design options if you haven't already. This will help narrow your selection.

Dimmer controls provide variable indoor lighting. When you dim lightbulbs, it reduces their wattage and output, which helps save energy.

Dimmers are inexpensive and provide some energy savings when lights are used at a reduced level. They also increase the service life of lightbulbs significantly. However, dimming reduces an incandescent bulb's lumen output more than its wattage. This makes the bulbs less efficient as they are dimmed.

Unlike incandescents, compact fluorescent lamps (CFLs) do not lose their efficiency with dimming. Some CFLs are compatible with standard dimmers, which will be indicated on the package. Others require special dimming ballasts and bulb holders. Fluorescent dimmers are dedicated fixtures and bulbs that provide even greater energy savings than a regular fluorescent bulb. Dimming a CFL that is not designed to work with a dimmer switch is not recommended, as this can shorten its life significantly.

You can change the lightbulbs and ballasts in fluorescent lighting fixtures rather than replace them.

Some light-emitting diode (LED) lightbulbs can be used with dimmers. LED bulbs and fixtures must be designed for dimming, and you may need to replace existing dimmer switches with ones that are compatible with an LED lighting product. The packaging or accompanying instructions will indicate if the product is dimmable and which dimmer products are compatible. Fully compatible LED dimmers are expected to become more common as the LED industry expands.

Motion sensors automatically turn outdoor lights on when they detect motion and turn them off a short while later. They are very useful for outdoor security and utility lighting.

Because utility lights and some security lights are needed only when it is dark and people are present, the best way to control might be a combination of a motion sensor and photosensor.

Incandescent flood lights with a photosensor and motion sensor may actually use less energy than pole-mounted high-intensity discharge (HID) or low-pressure sodium security lights controlled by a photosensor. Even though HID and low-pressure sodium lights are more efficient than incandescents, they are turned on for a much longer period of time than incandescents using these dual controls.

HID and low-pressure sodium lightbulbs don't work well with just a motion sensor, as they can take up to ten minutes to produce light.

Occupancy sensors detect indoor activity within a certain area. They provide convenience by turning lights on automatically when someone enters a room, and save energy by turning lights off soon after the last occupant has left the room. Occupancy sensors must be located where they will detect occupants or occupant activity in all parts of the room.

There are two types of occupancy sensors: ultrasonic and infrared. Ultrasonic sensors detect sound, while infrared sensors detect heat and motion. In addition to controlling ambient lighting in a room, they are useful for task lighting applications such as over kitchen counters. In such applications, task lights are turned on by the motion of a person washing dishes, for instance, and automatically turn off a few minutes after the person leaves the area.

You can use photosensors to prevent outdoor lights from operating during daylight hours. This can help save energy because you don't have to remember to turn off your outdoor lights.

Photosensors sense ambient light conditions, making them useful for all types of outdoor lighting. These light-sensitive controls are less effective inside the home because lighting needs vary with occupant activity rather than ambient lighting levels. Many LED nightlights, however, have this feature built in which makes them effective and easy to use.

Timers can be used to turn on and off outdoor and indoor lights at specific times. There are two types of timers: manual timers, which plug into an electrical outlet for controlling objects such as lamps or light strings; and in-wall programmable digital timers (which look like digital thermostats), which automate indoor or outdoor lighting.

Programmable timers are not often used alone for outdoor lighting because the timer may have to be reset often with the seasonal variation in the length of night. However, they can be used effectively in combinations with other controls. For example, the best combination for aesthetic lighting may be a photosensor that turns lights on in the evening and a timer that turns the lights off at a certain hour of the night (such as 11 p.m.).

For indoor lighting, timers are useful to give an unoccupied house a lived-in look. However, they are ineffective for an occupied home because they do not respond to changes in occupant behavior, like occupancy sensors.

Timing controls work well with CFL and LED lightbulbs, as they do not interrupt the circuitry. This is especially true with manual timers that use pins for setting the on and off times.

Programmable digital timers: check the package label to be sure it is compatible with the type of lighting you want to use.